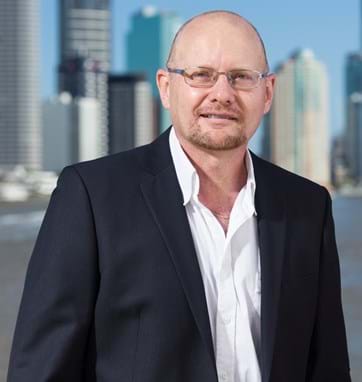 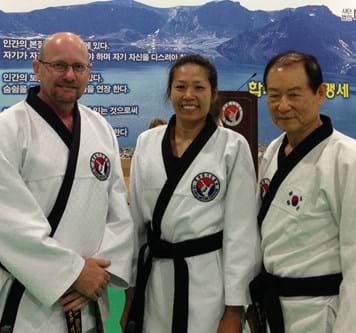 Master Bradley has been teaching since 1983, starting as an Assistant Instructor whilst still in high school. Soon after, he became a Club Instructor in charge of his own Taekwondo centre (just a short period after his 17th birthday). He first learned Taekwondo at a young age in c. 1980 in Brisbane, Australia. In March 1985, he was appointed as the Club Instructor of a Taekwondo centre in Wynnum (Brisbane) under Master Chong Chul Rhee. In January 1986, he moved to Indooroopilly (Brisbane) and started what would become a very successful centre, later opening a second centre in Toowong.

Master Bradley attained his Hapkido Black Belt 29 March 1998, personally graded by 9th Dan Hapkido Master Sung Soo Lee (recognised as the first Hapkido Master in Australia). Master Sung Soo Lee is the founder and Grandmaster of Hapkido Moohakkwan (Australia) under the international governing body Korea Hapkido Federation (KHF), of which Sun Bae holds membership in both. Master Bradley is also officially recognised by KHF as a "Master" and, so we are told, very much enjoys visiting Seoul and the KHF Masters.

Master Bradley has attained the level of Master in all three Korean styles (Taekwondo, Hapkido, Kumdo), the result of a life long dedication to Korean Martial Arts. He has continued to teach all levels and importantly, to foster new black belts with the hope that one day they too will reach Master level. Sun Bae Korean Martial Arts now represents a school teaching all three disciplines of Korean Martial Arts.

In Master Bradley's youth, all forms of external competition and tournament were forbidden, disappointing, but not uncommon in traditional schools. It was not until much later in his 30's did he firstly have the chance to enter competitions, although in the end it only proved on a few occasions.

In 1999, he entered the Asia Pacific Games (Taekwondo), returning with a gold medal. In 2003, Master Bradley was personally coaching a young adult girl for Olympic team trials (she was ranked top 4 in Australia). Part of their schedule took them both to the USTU Taekwondo US Open (Las Vegas) - a major world event with 5000+ competitors. Master Bradley entered last moment, taking the opportunity to compete as well, resulting in a US Open silver medal. In 2012, Master Bradley entered the Australian Kumdo Cutting Championships in the Advanced Division, even though he was yet to even attain his Black Belt. In a thrilling finish, he tied for the lead and was forced to "play off" in "sudden death" to decide the Championship. The sudden death involved cutting the bamboo mats accurately in different combinations. But the sudden death could not be broken. After 6 attempts, both he and his opponent had made perfect scores. Even though willing to share the title, it was then decided that it should fall to a judges' panel decision (they had run out of mats). Master Bradley was ultimately awarded the Championship. Master Bradley has not competed since, but from time to time can be seen performing in the Sun Bae Demonstration team (see video below).

In Master Bradley's teens, he was a noted cricketer, representing his state (Queensland) in under 15 (1982) and under 16 (1983) as an opening batsman (QJCA). He had represented the QJCA South Brisbane team in the years under 12, under 14 and under 16 (twice, playing out of his age group). Notably he was a reserve selection for under 14 state team in 1981. At age 14, during the 1982 under 16 State Championships held in Brisbane, batting at number three, he was called to the crease after the Brisbane South opening batsman was out first ball against Darling Downs. His innings thereafter recorded the highest score for the Championship in a 50 over 163 not out, bringing up his 150 with a six over mid-wicket. He also played GPS 1st XI in high school. Also to date, an avid golfer, reaching a single figure handicap, he has been credited with the 2019 Australian Hickory Net Foursomes Championship, as well as the Queensland Hickory Net Foursomes Championships (2018 & 2019) and the Queensland Hickory Net Singles Championship (2021). Notably, during the Hickory 2019 State Championships, he recorded a "hole in one" from 112 metres with his "mashie niblick", a feat apparently not seen to date in Australian Hickory competition since that old era (see the match report here).

Master Bradley is the Founder & Master Instructor for Sun Bae Korean Martial Arts (Australia) and presently concentrates his time teaching mainly the Sun Bae Instructors. Nonetheless, you can regularly find him visiting Sun Bae centres for impromptu visits, although there is no forewarning. Sun Bae centres include:

* denotes not trained fully from white belt - came to train with Master Bradley from another club.

OTHER NOTABLES OF INTEREST 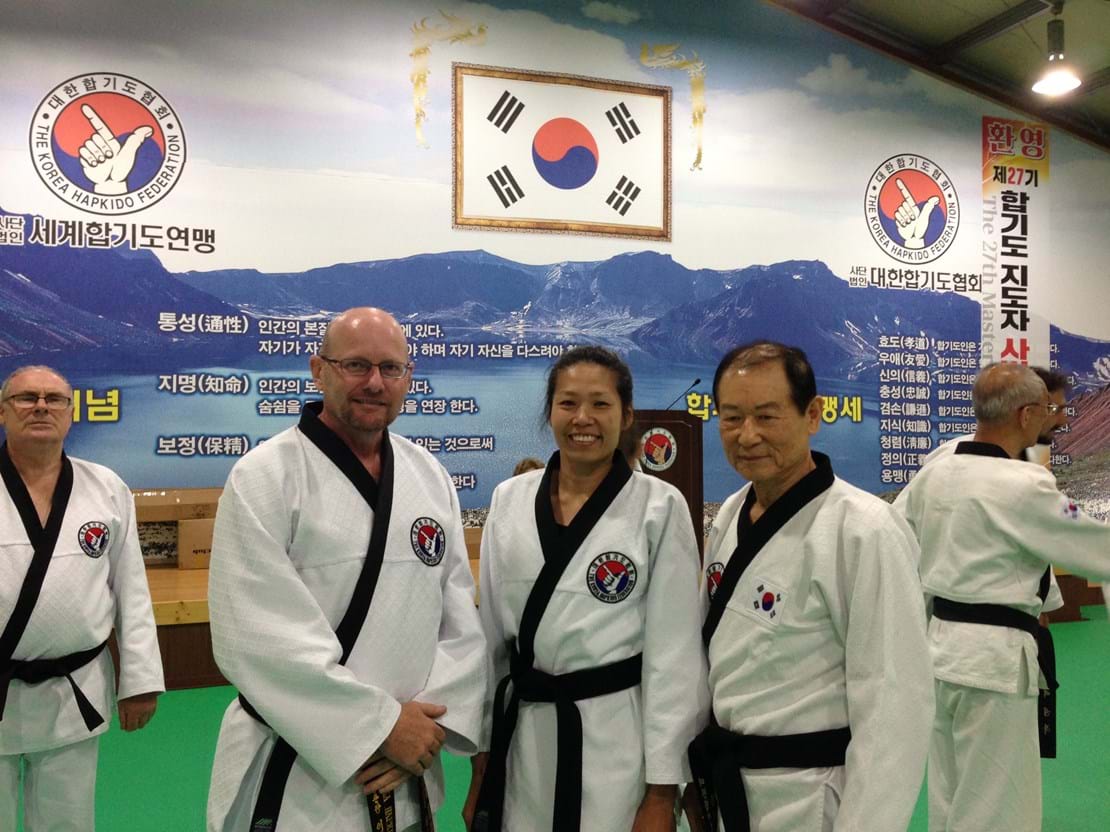 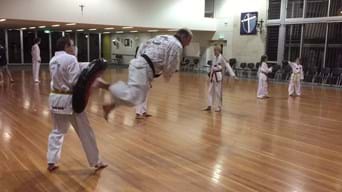 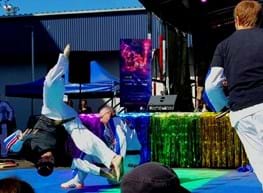